Easy and fast is not your style. You’re here now, looking for the best Turkish wedding photographer for your Big Day because you know the importance of this day for you, your family and your partner. Because you need a story teller and creator to trust and rely on.

The connection you’ve made with your partner defines you and you want to commemorate it for years to come. Your style is elegant, fashion, luxury, stylish, kind and humble. If this sounds like you, welcome to Peter Lane Photography as you reached the right place. Welcome to the best Turkish wedding photography & storytelling videography company in London.

As you know photographers and videographers are cats and dog, everyone fights for the best shot, vantage point, etc. We solve the problem by organizing everything in-house, so you’ll get same style photography and video. We know how to compliment each other and we deliver more than you can expect. Please take a look at our dedicate videography page for more videos, info and pricing.

An amazing Turkish – Sikh Indian Wedding at The Decorium, London

We don’t have big or small clients, big or small weddings because we love them all and we’re driven by passion and inspiration. Our Digital collection clients are as happy as our full day all inclusive Premium Collection ones. Our attitude is always the same however our services differ, so please choose the one that fits your needs and budget the most. Collections are customisable depends on week/weekend, season/off-season, timing, your choice of products and services and of course your wishes.

Here on this page you’ll see two types Photography Collections – Premium (all inclusive) and Standard (or Digital). Please take a look the difference and knowing what’s included will be the base of our meeting discussion.

Can’t wait to hear your story!

For those of you who need wedding photography and cinematic wedding videography under one roof, yes we can do it all for you with greatest pleasure.

Isn’t it all that AWESOME? And that’s not all 🙂

Hello, my name is Peter Lane and I’ve been tagged by many in London as The Turkish Wedding Photographer. Being based in London surrounded by many Turkish friends, having their love, trust and recommendations our popularity into the Turkish community multiplies with every single month. The aftermath shows more than 50% of our weddings to be Turkish, Cypriot Turkish weddings. My videography and photography teams and myself personally really enjoy covering Turkish weddings.

No matter how big or small, how posh or simple your wedding is, I can promise you one thing – we’ll make it look glorious! Your album won’t be the conveyer type you’ve seen everywhere, you won’t be put in all the same cheese poses, no patterns and look-a-likes. We’ll extract the essence of the day and the best of you, then it will be multiplied and glorified so you’ll have that fashion look and a feeling of a living memento. Your album will be edited by experienced and educated designer, retouched by experienced professional retoucher and bind & assembled craftily hand made by the best in the world album masters. Only the highest quality paper, ink and materials will be used, providing the highest album longevity on the market. Your grand children will see exactly what you see now.

We don’t charge for extra time our Turkish Wedding couples because we understand and respect your expenses, usually double and triple than majority of the traditional English weddings. Your day will be covered from the grooms house up to the last important event.

We are excited to hear your story! For more inspiration please visit wedding photography section.

Many of our clients look for wedding videographer with the same style, and ideally everything under the same roof.  Please check our portfolio. We know how to work together in a team and to compliment each other for smooth wedding day experience and best quality story telling.

Let’s note at the onset that the following information on wedding ceremonies pertains to older, rural and conservative traditions in Turkey. Weddings today in the cities and more modern circles are much more like western style weddings, with a wedding banquet or reception uniting family and friends of the couple. Also, all marriages require a civil ceremony conducted and recorded by a municipal officer to become legally effective. In many cases, the religious ceremony precedes the civil ceremony by a few days.

In the traditional setting, wedding ceremonies generally start on Tuesday and end on Thursday, or start on Friday and end on Sunday. Wedding expenses are met by the bridegroom’s family. Regional variances aside, traditional weddings are marked by the following passages: Planting of a wedding flag, an entertaining gathering for the women of the couple’s families on the night before the wedding day, characterized by the coloring of parts of the hands and feet with Henna (Kına Gecesi), fetching the bride, and the bride’s veil.

Before the wedding, as is done in the course of the engagement ceremony, formal invitations are distributed and family, friends and neighbors are invited to the wedding. While the bride’s family tries to complete preparations for the trousseau, the bridegroom’s family tries to complete gifts for the bride to be presented to her before, during and after the wedding.
A wedding flag is planted by men coming from the noon prayer and friends of bridegroom at the bridegroom’s home. In some regions, apples, onions, mirrors, etc. are placed on top of the flag. Thus the wedding is officially underway.

A traditional version and perhaps precursor of the bachelorette party, the night before the wedding is set aside for the bride to spent her last night at her family’s home in the company of women of all ages who are close to the couple’s family. This ceremony get its name “Kına Gecesi” – Henna Night – from the fact that the usually the hands of the bride is adorned with Henna. The bridegroom’s female relatives too attend this event and are hosted in the bride’s home.

Usually dry henna brought by the bridegroom’s family is broken to pieces in a silver or cupper vessel by a woman whose father and mother is still alive, and not experienced otherwise separation. After preparing the bride, a veil ornamented with red flake is placed over her head, and she is brought amidst the guests accompanied by songs and hymns about henna. Hands and feet of the bride are dyed with henna. The bridegroom’s side is under the obligation to put money in the hand of the bride. Dying ceremony of henna is different according to regions. The henna so dyed has such names and types as “iplik kınası” (henna for yarn), “sıvama” (smearing), “kuşgözü” (bird eye). This ceremony, which itself can be a sad occasion, where relatives of the bride, particularly her mother lament the departure of the daughter from her parent’s home, is followed by joyous celebration, song and dance. After the guests leave, it is not unusual for the closest friends of the bride to remain with her until the next morning, spending their last “single” hours together. In some regions, a similar ceremony is held for the bridegroom by his friends at his home.

The next day is the day of “Gelin Alma” (to fetch the bride), “kız alma” (to fetch girl), “gelin götürme” (to carry the bride), etc. Everybody is invited to this ceremonial procession from the home of the bride to the home of the groom. Guests go to fetch the bride on foot if not far, or by cars if too far to go. In some regions the bridegroom has not been allowed to accompany the bridal procession. The procession is followed by drums and pipes. In some regions the bride is prepared by elderly women (yenge) who help and attend to the bride. But generally today the preparations for the bride are done at a beauty salon. Then she joins the procession on her way to the groom’s home. Before leaving her home, a “Maidenhood Belt” (Bekaret kuşağı), mostly a red ribbon, is tied around the Bride’s waist by her brother or a close relative and then the bride says good-by to those who stay at home. To lighten things up, the doorway is sometimes blocked by a male relative of the bride or a younger brother sits on the wooden chest that carries the bride’s dowry, as to not allowing the bride to leave. A tip by the groom’s family solves this final hurdle, and the bride leaves her parent’s home.

After traveling around the village, accompanied by drums and pipes, the wedding procession arrives at the home of the groom. The bride and procession is met by the Mother-in law at the front door, who welcomes the bride with a gift. Then the groom takes her by the arm and leads her inside the house. After a while the groom is taken out by his friends until later in the night. While away, he is shaved, bathed and dressed and taken to the mosque for the late night prayer (Yatsı Namazı) and then he is returned home. The religious marriage ceremony is performed for the bride and the groom who had returned to home accompanied by the hodja (preacher) of the local mosque. After the ceremony is performed, the bride and groom are allowed to enter the nuptial chamber.

An elder woman in the nuptial chamber asks the couple to hold each other’s hand. The groom performs his ritual prayer, and then opens the bride’s face after giving her a present to see her unveiled face. They eat the meal offered by the bride’s family.

In traditional communities virginity is extremely important and proof of it is sought by the groom’s family. This proof is usually the bed linen where the marriage was consummated. An absence of blood on the linen can be cause for great shame for both families and may be reason for the bride to be sent back to her parent’s home. Let’s note, however, that this too is a very outdated procedure and not widely practiced today. 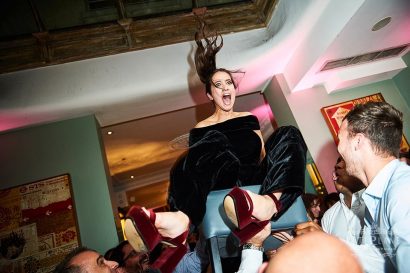 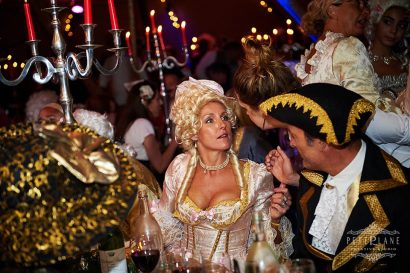 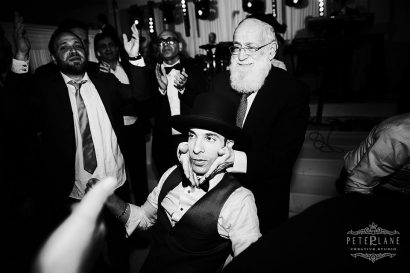 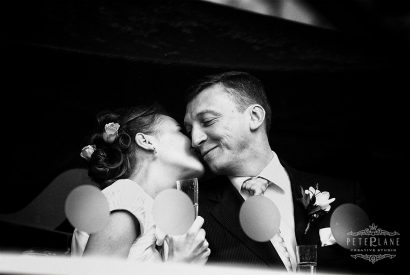 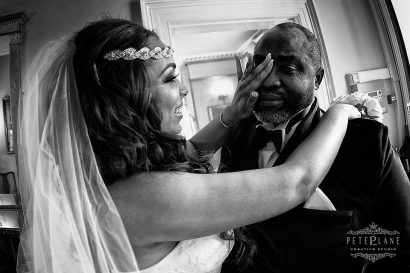 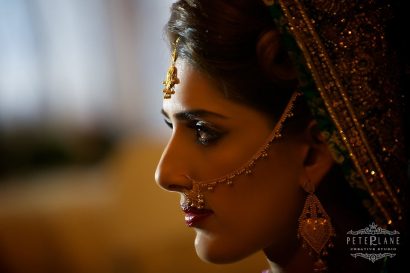